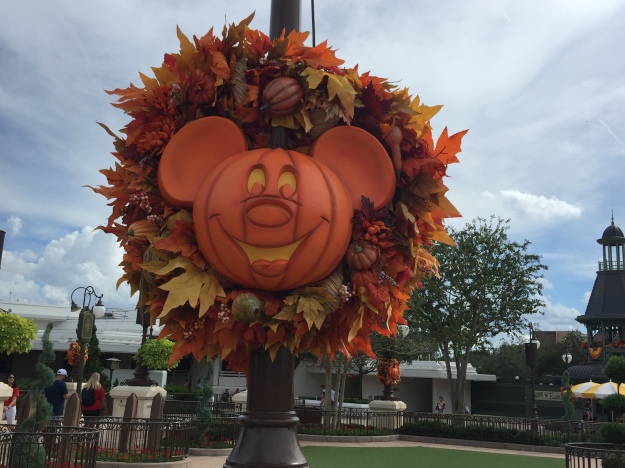 Since we wintered in Orlando last year, we sprung for Disney annual passes. We spent quite a bit of time “doing Disney”, visiting all of the parks and most of the resorts, and experiencing three of four Epcot Festivals (Festival of the Holidays, Arts Festival, and Flower and Garden Festival). As we completed this year’s travel circuit and headed back toward the big Mouse, it seemed fitting to round out our Annual Passholder year at the Disney campground: Fort Wilderness. We’ve stayed on Disney property a number of times, from budget to deluxe hotels. But, taking our actual home to Disney took the fun to a whole ‘nother level! 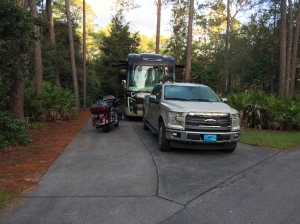 Staying in Disney offers many wonderful perks, including the use of all of the transportation options. Depending on our route and destination, we could take a boat, bus, tram or monorail. We essentially parked our car for the entire stay. The campground itself is HUGE, more than a mile end-to-end, so our bicycles came in very handy for getting around. (Many campers rent a golf cart for their stay).

As I’ve described earlier, Disney is ALWAYS busy. However, staying IN the park offers one extremely fabulous perk — Extra Magic Hours. That means that Disney resort guests can gain entrance to one or more parks BEFORE the general public! With less crowds you can ride the popular rides without the crazy wait times. During our Halloween week stay, the new Galaxy’s Edge (Star Wars land) section had just opened up. Due to the expected demand, Disney offered Extra Extra Magic hours every single day! We were able to enter Hollywood Studios at 6 am, a full 3 hours before everyone else!

In addition to this great perk, Disney resort guests can book FastPasses 60 days in advance, rather than 30 days for other ticket holders. You can bet that I was on my computer at 7 am on the 60th advance day to book all of the most popular rides. Between the early entry and Fast Passes we were able to do all of the cool rides — sometimes several times! Since we’re early birds anyway, we would typically arrive at early-hours rope drop and knock out all of the really good stuff by early afternoon. So efficient, and not nearly as exhausting as waiting in line for 2 hours for a ride. We hit the Hoop Dee Doo review dinner show at the Fort, snagged coveted lunch reservations at the ever-popular Be Our Guest restaurant in the Magic Kingdom, and practically walked right into Star War’s Olgas Cantina. 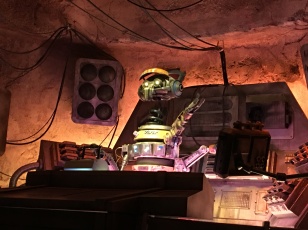 One of the trip highlights was the “Keys to the Kingdom tour”, a 5 hour tour of the Magic Kingdom including a visit to the famed underground “utilidors”. Even though I had been going to Disney World for years, I learned a ton of new things about the design and function of the parks. We learned that the four Disney “Keys” is the shared code of conduct: Safety, Courtesy, Show, and Efficiency.  I won’t spill any secrets, but if you are interested in a “behind the scenes” look, this is an awesome tour! As an annual passholder, we got a 15% discount for the tour, and it included lunch.

Epcot’s Food and Wine Festival was going on during this time, and we tried quite a variety of food offerings. Each of the festivals have their unique features, but the emphasis for this one is quite clearly the food. There are easily twice the food offerings compared to any of the other festivals and the dishes are varied and creative. Marissa’s family joined us for one of our Epcot days, which was great fun! As a side note, virtually all of the parks are undergoing some level of renovation, with Epcot more than most. It seems like half the park is under construction! I’m sure it will be fantastic when finished. 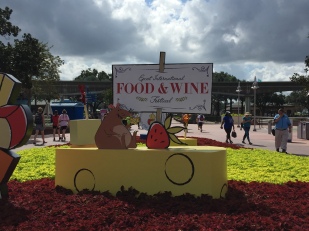 Fort Wilderness itself was also fantastic as a campground. Our site was amply sized and the facility was beautifully kept. One unexpected benefit of staying in the Fort during Halloween was the incredible camper Halloween displays! Some of them were downright professional. I had no idea this went on. We spent several evenings just bicycling around the various camping loops, marveling. 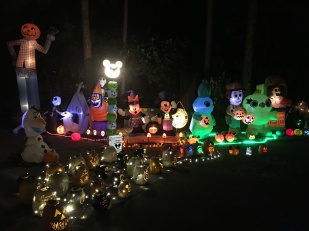 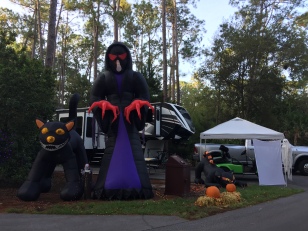 We spent 6 days straight playing in the Parks. You might think we’d get Disney overload, but …. nope. I was sad to leave the happiest place on earth. Until next time!