No visit to Seattle is complete without seeing the iconic Space Needle, so of course we had to take a ride up to the observation deck. The Needle is currently under renovation, so the restaurant was closed, but the views were still spectacular. The guardrails on the outdoor deck have been replaced with enormous glass panels that lean out, giving you that “oh my gosh I’m teetering on the edge” feeling. Back on earth, a free “virtual reality” experience of bungee jumping from the Needle was offered. It was cool, and the only way I’m bungee jumping off that thing! 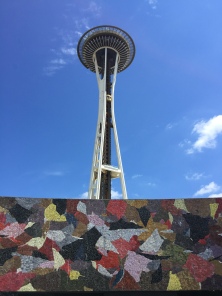 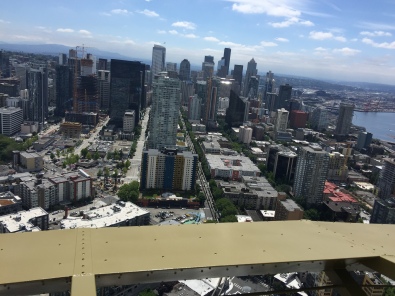 The Space Needle is located in Seattle Center, an extensive complex of park, museums, restaurants and entertainment centers. Our CityPass led us next to the Chihuly museum, a fantastic display of the brilliant glass artist’s work. The museum included film clips that gave insight into his creative process and how he assembles his masterpieces. The inside gallery was gorgeous but the outside garden was truly special – an inspired marriage of glass art and nature. Photos can’t really do it justice. 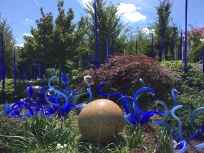 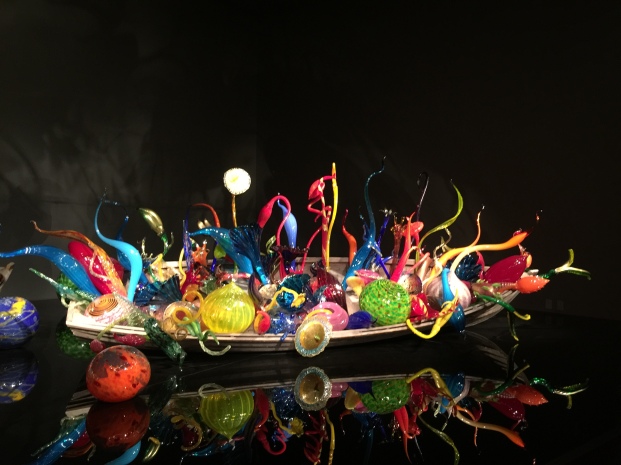 Nearby is the Museum of Pop Culture. I wasn’t sure what to expect, but it was an engaging, intelligent exploration of entertainment culture. There were entire sections on Fantasy, Scifi, and Horror, for example. The Fantasy section didn’t just have displays of costumes and props from movies, print and games, it explored the universal archetypes of the genre. The Horror section had interview clips of film directors discussing why certain movies were so horrific and how they impacted the Horror genre. Adding to the fun, the museum was offering a special Marvel Universe exhibition which explored the origins of the comic characters and the later movies. I’m already a fan, so this was absolutely fascinating. The museum had a section on the indie game revolution, complete with game consoles to play, and a sound lab with sound booths for your own jam sections. The enormous “sky church” screen smack in the middle of the museum played nonstop music videos. That’s a museum I could definitely go back and see again. 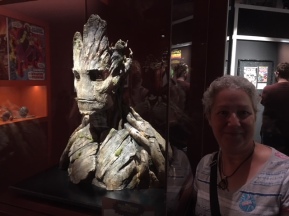 I haven’t discussed dining, but one place was a highlight that deserves a shout out. We stopped one morning at the Biscuit Bitch, to indulge in a Bitchwich and Straight Up Bitch. They were delicious – fresh, fast, friendly and home made. Only in Seattle!! 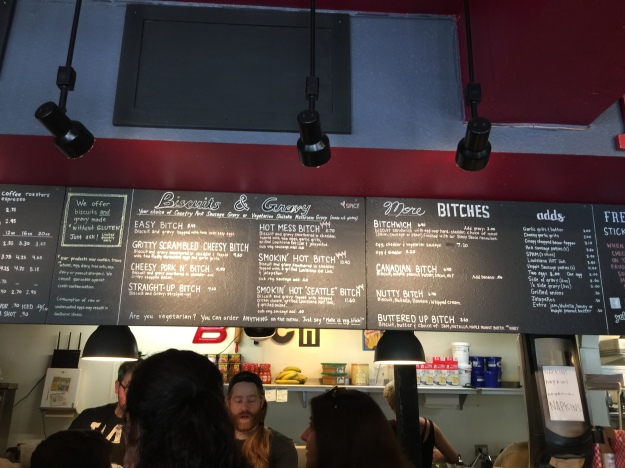 1 thought on “Footloose in Seattle, Part 3”