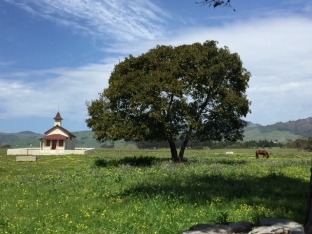 And now – to catch you up! After weeks in a desert environment, emerging over desert hills into green pastures was like descending into a bit of paradise. It seemed as though God had drawn a line on the Earth – one side brown, the other side a lush green. The hills were carpeted with emerald green grasses and clouds of bright wildflowers while trees stood proudly dressed in their spring green finest. 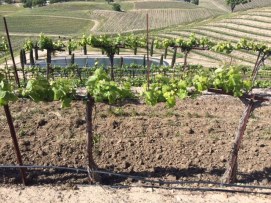 Living in South Florida for so many years, I had missed the season of Spring. We had two seasons, pleasant and beastly hot and humid. During our two weeks here, I saw Spring! Lilacs and fruit trees bloomed, buds sprouted from the ends of barren twigs, and green leaves uncoiled from dormant grape vines. 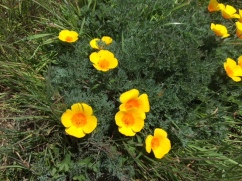 We were told that we “just happened” to stay here during the loveliest time – the green hills fade to a golden brown later in the summer. I love serendipity! 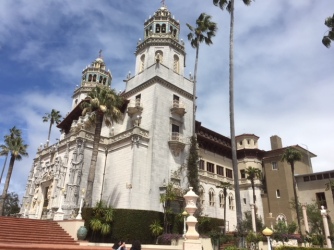 One of the main tourist attractions near Paso Robles (about a half hour away) is the magnificent Hearst Castle. As enormous and detailed as it is, when William Randolph Hearst died, he considered it to be only half completed (even though it was under construction for 20 years!). Hearst was an avid (compulsive?) collector of antiquities and he envisioned the castle as a way to bring a little of Europe home to those who may never make it overseas. He also kept coming up with new, grander ideas for the castle – resulting in constant change orders. I suspect if he had lived to 100, he would still have been building on. 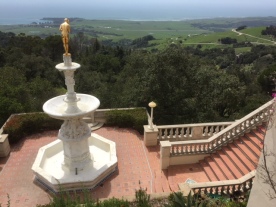 I have been to other grand houses – Vizcaya, the Biltmore – but I am always still staggered by the scale of the European acquisitions incorporated into the mansions. How in the world do you purchase, disassemble, ship, and reassemble entire ceilings?! And huge gates, and sculpture, and on and on. It speaks to a wealth that I can’t even imagine. It is wonderful to experience though, and I’m glad they’ve preserved it for new generations.

The castle is a California State Park. You start at the visitor’s center located just off of the Pacific Coast Highway in San Simeon and buy tour tickets there (there are several to choose from). Depending on your tour, you board buses at designated times to take you up the winding road to the hilltop castle. Once your tour is over, you can enjoy the gardens as long as you like before boarding a return bus. The visitor center offers a 40 minute film documentary “Building the Dream”, which is best viewed before the tour. The Center also has a café and additional exhibits. It takes most of the day to see everything. 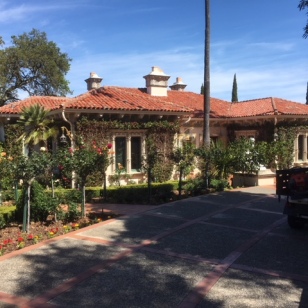 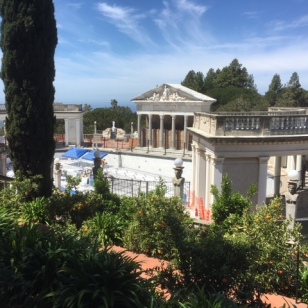 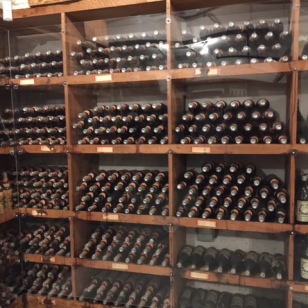 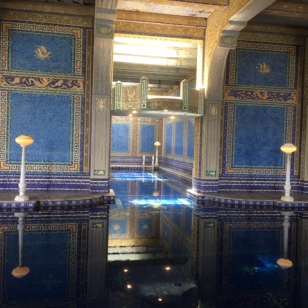 We experienced two tours during our visit; the “grand rooms” tour that is recommended for the first time visitor and the “Cottages and Kitchen” tour which allowed us to see two of the three guest “cottages”, the kitchen and the wine cellar! The “cottages” were built first, so the family had somewhere to stay when they visited. As they were built, one by one, they got grander and larger. The third cottage is over 5000 square feet and a work of art in itself. It was almost overwhelming, but absolutely a must-see if in the area.

Next up – Elephant Seals, Big Sur, and wine! 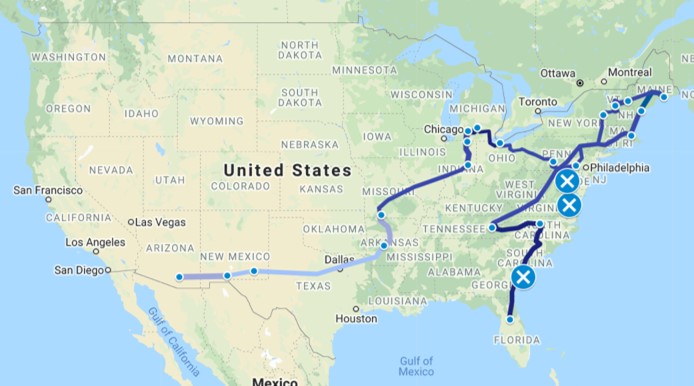