Back in Las Cruces, springtime was just a promise. Plump buds were poised at the tips of branches, but the landscape was still brown and barren. Here in the Arizona valley near Tucson, spring has fully arrived and the desert is (comparatively) lushly green. The evenings are still cool, but the daytime temperatures are summer-warm. At present, we are parked between the cities of Phoenix and Tucson, which gives us access to both. Near Tucson is Saguaro National Park, one of our first stops.

The saguaro cactus is an iconic symbol for the desert southwest. However, I learned that I have mis-pronounced the word my entire life. The proper pronunciation is “su-WAR-o” (no “g” sound). The cactus is long lived, up to 400 years, and can grow to 4 stories in height. Slow growing, it typically doesn’t bud its first arm until age 75 or so. Saguaro National Park is unusual in that it exists in two halves (East and West) with the city of Tucson smack in the middle. Together, the two sections preserve nearly 143 square miles of dense saguaro cactus stands. Looking out over the expanse of cacti, the saguaro appear like a vast congregation of people raising their arms to the sun. The park includes driving loops, nature trails, and visitor centers with descriptive films. I love our national park pass! It makes it so easy to visit these wonderful places. 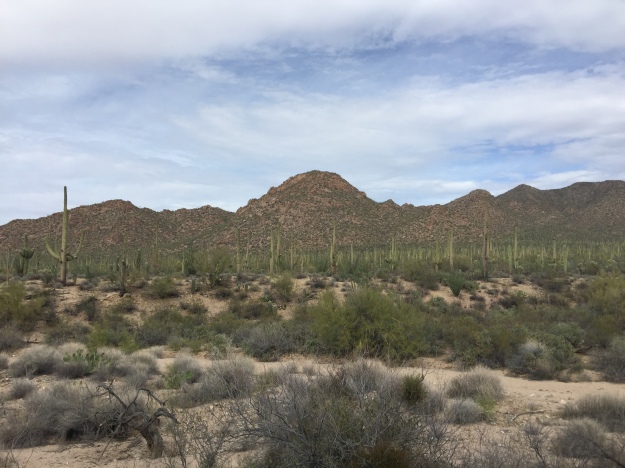 Also located near Tucson, just past the entrance to the Saguaro National Park West, is the Arizona-Sonora Desert Museum. The museum is listed as one of the top attractions in the area and for good reason. It is part zoo, part desert botanical garden, and entirely entertaining. Entry is about $25 per person. We wandered around for at least 4 hours and could have spent longer there.

Growing up in the Midwest and then living so long in Florida, I knew very little about the desert. After spending time in several desert areas, I have learned that there are very different desert ecosystems with completely different plant and animal life. The museum does a fantastic job explaining and providing examples of the four different desert ecologies in the US. Of course, the animal exhibits are always engaging. It’s the kind of place that you want to take kids, with tons of hands-on activities. 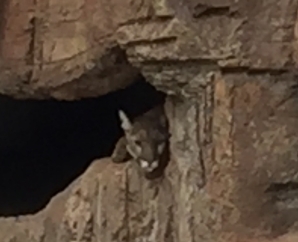